How to Identify, Avoid and Report Drunk Drivers On The Road

Drunk drivers are a serious risk to everyone on the road, including themselves. As a Portland car accident attorney, I have been prosecuting civil claims against drunk drivers for over a decade. I have been able to help innocent victims hold drunk drivers responsible for their reckless conduct, and in turn receive the compensation they deserve to recover from their injuries. I have also pursued claims against the provider of alcohol to the drunk driver, called dram shop law.

Learning to spot and avoid a drunk driver is an important part of keeping you and your loved ones out of harms way, and we all share a responsibility to report them to police. In this article, I share my tips for identifying, avoiding, and reporting drunk drivers on the road.

A Personal Encounter With A Drunk Driver

Before I even became a personal injury attorney I had a harrowing encounter with a drunk driver.  It was Fourth of July weekend in Portland and I was driving eastbound on Powell Blvd. At approximately 11pm, I passed Cleveland High School when I noticed a pick-up truck in front of me swerving from one side of the road to the other. Something was not right. I immediately slowed down to create more distance between us. Just as the passenger in my car was reaching for his phone to call 911, the truck swerved into oncoming traffic and collided head-on with another car heading westbound. We were now first on the scene and witnesses to a head-on car crash. There were no fatalities and all occupants in both vehicles survived – thankfully. The police confirmed our suspicions; the driver in front of us was indeed driving highly intoxicated.

Drunk driving in the U.S is nearly an epidemic, and the annual cost of alcohol-related crashes totals more than $44 billion. [1]

1) How to Spot A Drunk Driver

There are a variety of clues that might indicate a person is driving while intoxicated – some will certainly be obvious and in other instances you might just feel that something doesn’t look quite right. People who have consumed too much alcohol typically experience blurred vision, fatigue, inability to focus, and severe impairment of their ability to judge distances. This leads to over-correcting, delayed reaction time, and being “extra cautious” to avoid detection.

Here is a list of 6 ways to spot a drunk driver:

1. Straddling center lane – Intoxicated drivers will “hug” lane divider to avoid swerving or even driving off the road

2. Taking extremely wide turns – Overdoing basic driving maneuvers is common among drunk drivers because of the difficulty they have in judging distances.

3. Weaving from one side to another – “Floating” through the lane is common as drunk drivers are unable to focus and may not know they are drifting too far.

4. Speeding up and slowing down –  With limited ability to focus and react a drunk driver may break or slow down erratically to avoid a DUI.

5. Driving without headlights –  A drunk driver may not be functioning well enough to know their lights are on or off.

6. Stopping at the wrong places – Stopping at a green light or crosswalk with no pedestrians can indicate the drunk driver’s vision is impaired.

I always advise my family members to avoid driving late at night if they can help it, especially on weekends. The highest number of drunk drivers on the road is between midnight and 3 a.m. According to the NHTSA, the time of day and day of week makes a huge difference:

Time of Day: Crash stats indicate the rate of alcohol impairment among drivers involved in fatal crashes in 2014 was almost 4x higher at night than during the day. (34% versus 9%)

Day of Week: Alcohol impaired divers involved in fatal crashes in 2014 was nearly double on the weekends compared to during the week. (29% versus 16%)

Being injured by the negligence of a drunk driver is a frightening and stressful experience. If you or a loved one have been the victim of a drunk driver then you need legal representation that has the knowledge, experience, and resources to win your case. 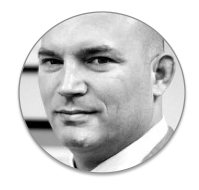 At Mayor Law, it is our goal to help the victims of drunk driving accidents achieve legal justice and recover the financial resources needed to help restore their lives. Portland drunk driver accident attorney Travis Mayor will build your case to maximize financial compensation, while removing the confusion and hassle of dealing with insurance companies and their legal tactics.  Travis Mayor has recovered millions of dollars for his serious motor vehicle accident clients.  For every client, Travis offers personal service with proven results.