Now, unlike ever before, new methods of treatment show promise for rehabilitating paralyzed patients with spinal cord injury. A variety of methods – some available now and others on the horizon – have people rethinking prognosis, including the probability of restoring movement and other body functions. Today I’d like to review some of the major advancements in spinal cord injury research and rehabilitation that have many patients and their family members holding onto new hope.

Did you know that more than 5 million Americans live with some form of paralysis? Of those five million, approximately 1.2 million are spinal cord injuries that require a lifetime of constant care. Almost two-thirds of these injuries are the direct result of personal injury accidents from car crashes, industrial accidents, falls, and sports injuries. 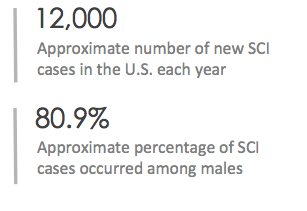 Anyone who has experienced a spinal cord injury knows that recovery is an intense emotional and physical challenge. A body that worked “like normal before” is now paralyzed with the loss of muscle function, and typically a loss of feeling. Besides having to cope with the loss of motor functions like walking, there can also be chronic pain that seems to come and go, mainly in places like bones, joints, and abdomen.

Many people have heard the terms “paraplegic” and “quadriplegic,” but often do not know the difference between the two. A person classified as a quadriplegic (often referred to as Tetraplegia) has partial or total loss-of-use of all limbs (arms and legs) and torso, while a paraplegic classification is similar, with paralysis affecting fewer limbs, such as only the legs.

No matter how extensive the paralysis, recovery from a spinal cord injury is a life-changing event where traditional recovery has been aimed at learning how to cope with the effects of the disability, as opposed to regaining pre-accident functionality. 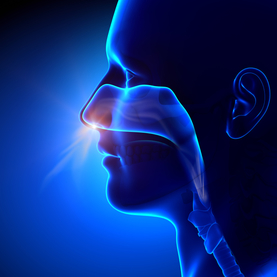 A few years ago human embryonic stem cells were believed to hold promise in re-growing damaged or severed nerve cells in the spine. While research remains active, no significant results have been achieved — enter scientists at the University College London. They speculated that “nose cells,” yes I said nose cells, called olfactory ensheathing cells (OEC) may be used to repair nerves in the spine in a similar way when nerve cells in the nose are damaged. The first successful application of the research was chronicled in a patient whose spinal cord was “partially” severed. OEC cells were harvested and placed above and below the severed spinal nerves. In addition, nerve tissue from the ankle was inserted across the severed area of the cord to act as a “bridge,” which nerve cells could begin to grow over. You can think of it as using a trellis over which a vine can grow to the other side. Within 6 months, the patient took his first steps with the assistance of leg braces and a walker. While one success does not constitute a “breakthrough” it does hold promise. The goal is now to replicate the outcome and establish exactly what factors contributed to the success.

Advances using technology have also shown promise in restoring voluntary control of paralyzed muscles. Research on monkeys using a combination of a brain-computer interface and functional electrical stimulation successfully bypass the spinal cord, sending direct commands from the brain to enable limited hand control and function. In addition, researchers have successfully controlled the movement of previously paralyzed limbs, just by thinking about the movement thanks to an implanted chip in their brain (aka a brain-computer interface). How long before this technology moves from the laboratory into the real world? At least 3-5 years are needed to refine the technology and most likely several more years before the cost is brought down to the point where insurance can/will cover it.

Neurobridge Technology is another example of utilizing technology to bypass a damaged spinal cord and regain muscle control, a premier research program in the U.S., by Battelle. The technology was recently demonstrated in a quadriplegic patient who was paralyzed in an accident 4 years ago. Doctors at Ohio State University Wexner Medical Center implanted a small sensory chip (smaller than a pea) on the brain’s motor cortex controlling the movement of the hand. The chip transmits the brain’s electrical motor signals through Battelle’s decoding software and into a customized forearm cuff containing electrodes specifically attached to muscles in the hand. Battelle’s software decodes the brains neural signals and learns which muscle electrodes to stimulate causing the hand to move. Over time the software will “learn” which combination of neural signals correlate to specific hand movements such as rotate, point, and grasp an object. Just like an infant learns how to grip a toy through trial and error, the software will learn the sequence of muscle stimulation that produces the desired hand movements. 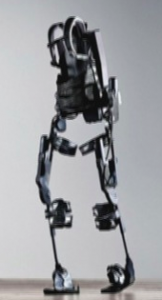 It sounds a bit Sci-Fi, but in the early stages of development are bionic suits, known as “exoskeletons,” to be worn by people with spinal cord injuries, enabling them to stand upright and make technologically-assisted steps. Of particular note is a device which assists therapists and restores muscle memory. This is known as “locomotor treatment,” which some hospitals are using right now to re-create walking motions by force until the patients’ spinal cords learn to control the muscles on their own. The hope is that patients go from a wheelchair to crutches to walking canes over time as the body adjusts to rehabilitation and epidural stimulation. Locomotor treatment can significantly reduce the cost of equipment, transportation, and home modifications.

It is obvious that medical research and technology will lead the way toward recovery from spinal injuries. The question is at what cost? Currently, the first year medical costs of spinal cord injuries range from $340,000 to over $1 million, with recurring costs for each subsequent year ranging from $41,000 to almost $200,000/year — for the lifetime of the patient. These costs do not include additional amounts for pain and suffering, or lost earnings.

Who Pays The Medical Bills? 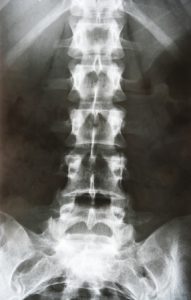 With the exorbitant financial impact that a spinal cord injury is likely to have, it is crucial to evaluate the facts and circumstances of the causing accident to see where the fault lies. If the injury was directly caused by another person or company, then that person and/or company will be responsible under Oregon law for compensating the injured person. Oregon law allows the spinal cord injury victim to seek compensation from the liable person/entity for past and future medical expenses, lost income, the loss of future earning capacity, and general damages for pain, suffering and the loss of enjoyment of life.

Clearly, spinal cord injury cases can be worth hundreds of thousands or even millions of dollars. If the person is paralyzed and not able to work, then he/she will incur all of the medical expenses mentioned above, as well as, the loss of the income he/she would have likely earned had the injury not occurred.

When the financial compensation, also known as damages, being sought is this high you can expect the insurance industry and its defense attorneys to use every defense, loophole and legal tactic at their disposal to fight or diminish the spinal injury victim’s personal injury claim.

Typical strategies include blaming you for the accident, also known as comparative fault; investigating to see if you had consumed drugs or alcohol prior to the accident; trying to minimize your injury; arguing your future earnings would have been much smaller than you claim; and even arguing your life expectancy is shorter than you claim or the statistics suggest. Needless to say, with millions of dollars at stake, you can expect a fight. All of this stress on top of the lifelong injury you have just sustained – this is where the assistance and guidance of an experienced Portland personal injury attorney, who has the knowledge and resources to deal with the at-fault person’s insurance company, is crucial.

I provide this Blog as an educational and informational service for Oregon residents and I hope you find the discussion informative and useful.  It is not intended to be legal advice, as every case is unique and should be accurately evaluated. If you have been involved in an accident resulting in a Spinal Cord Injury (SCI), then you need to seek the help of an experienced, aggressive, and knowledgeable personal injury attorney who has the financial resources and time to devote to your case. At Mayor Law, we are known for personal one-on-one service and results achieved by leveraging years of experience from both the defense and plaintiffs’ perspective.

You May Also Enjoy

Which Cars Reduce Your Chance Of A Fatal Car Crash?

What Is My Case Worth?

Are You Protected When You Uber?