Are You Protected When You Use Uber? The Risks of Shared Ride Apps

By now you have probably heard of Uber, Lyft or Sidecar? Travel to almost any major U.S. city at the moment and you will find one, if not all of these technology companies offering a new breed of transportation – a vehicle-for-hire accessed directly through the tap of a smartphone. Utilizing the Uber app, you can request a private for-hire driver to pick you up at your location of choice, pay your fair, track your driver’s progress and then rate your experience. On a recent business trip to San Diego, I utilized this service several times and every time it was spot on: on-time arrival, clean car, outstanding customer service, and no exchange of cash.

So How Is This Different From a Standard Taxi?

With Uber in particular, there is no need to call a dispatcher. As I mentioned, you handle all details of your transportation from your phone or tablet. Another difference is Uber drivers are independent contractors who have been screened to verify they are indeed safe drivers and legally qualified to drive.

Remember when I said these services are offered in “ALMOST” every major U.S. city? Currently Portland is the only exception on the west coast. Considered by many a leader in transportation innovation, the City of Portland has many alternatives to driving such as the Portland Streetcar, Max Light Rail, bus, Pedicabs, and car-sharing options. The city also continues to spend millions of dollars installing buffered bicycle lanes to increase protection and comfort for bicyclists. One would only assume the Rose City would be a perfect match for these tech-savvy transportation upstarts.

Why Is Portland Keeping Uber Out of the City? 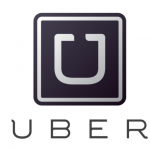 Uber has been trying to enter the Portland market for over a year, yet Portland’s private “for-hire” transportation and industry regulations are keeping the company at bay. The motive: protecting the taxi industry’s stability and availability of service. Currently there are a little over 450 licensed taxis in Portland serving more than a half-million residents and even more residents of the surrounding areas who come into Portland. With demand outweighing supply, it seems to be getting harder and harder for the city to defend strict ordinances to protect the taxi industry from outside competition.

If you have not been following recent news, the Portland/Uber saga has gone something like this: Uber launches in Portland without permission on Dec. 5, 2014; Portland sues Uber and City code officers try to ticket drivers; Uber voluntarily agrees to pause service in the Portland city limits for 3 months while City Hall works to revamp regulations and create, “a modern private for-hire transportation system…,” according to a press release. Last week, local Portland taxi companies protested City Hall’s decision to revamp regulations by parking 50+ cabs in downtown’s Pioneer Courthouse Square. And so it goes on….

As the popularity and controversy have grown, so has my curiosity. As a Portland personal injury lawyer, I ask myself:

– What are the safety and liability regulations for a company like Uber, who operates in more than 200 cities worldwide?

– Does Uber continue to monitor the safety record of its drivers even after they have first been approved?

– Does Uber monitor its drivers’ vehicles to ensure they are in safe and working condition?

– Is every Uber driver insured for liability, uninsured motorist and underinsured motorist coverage? If they are, for how much and does every driver have the same coverage amounts? If not, why?

– If an Uber driver hit and injured another driver, can Uber be held responsible for the property damage and personal injuries he or she caused?

Their terms and conditions clearly state, “Uber does not guarantee the suitability, safety or ability of third party providers… By using the services, you acknowledge that you may be exposed to situations involving third party providers that are potentially unsafe, offensive, harmful to minors, or otherwise objectionable.” They also say, “Uber shall not have any liability arising from or in any way related to your transactions or relationships with third party providers.” In addition, the contract includes a forced arbitration clause, which can strip consumers of their right to take a company to court.

There have been a string of worrisome incidents in the news regarding Uber drivers:

On New Year’s Eve, an Uber driver alleged to have fatally struck a 6-year-old girl in San Francisco’s Tenderloin neighborhood and was charged with misdemeanor vehicular manslaughter. Christopher Dolan, the victim’s family attorney said the Uber app used by the driver caused him to be distracted, leading to the 6-year-old’s death.”They want to take no responsibility for drivers during that time period,” Dolan said. “Who is picking up the tab for the medical bills for their treatment? The city and county of San Francisco and Medi-Cal, which means the taxpayers.”

Uber driver arrested in Los Angeles for Rape >
Boston Uber Driver Accused of Raping Passenger >
Uber driver in India was accused of beating and raping a passenger, prompting officials to ban the service in the country’s capital Delhi. >

According to Uber’s policy page, all drivers in the United States must go through a “rigorous background check” involving a three-step screening process. Despite these efforts, the company is still facing a lawsuit brought about by the State of California for misleading passengers. San Francisco District Attorney George Gascon accuses Uber of repeatedly using misleading statements that give consumers a false sense of safety. Gascon states, “You’re not using an industry-leading background process if you’re not fingerprinting your drivers.”

Uber provides $1 million in liability insurance and $1 million in uninsured/underinsured coverage per incident from the moment a driver accepts a trip to its conclusion. However, there is a catch. When a driver is between trips, Uber switches to “back-up coverage” that pays only if a driver’s personal insurance company refuses to pay. It is common for auto insurance companies to deny coverage when it is discovered that a driver is using his/her automobile for commercial activities. Moreover, Uber’s back-up insurance coverage only goes up to $50,000 per person and $100,000 per accident if multiple people are hurt – far lower coverage than that provided when the Uber driver is on a trip.

If a driver’s Uber app is turned off, then he/she is not covered by Uber at all and must rely on personal insurance alone. [View Uber’s Insurance Coverage Graphic Here]  In Oregon, the minimum amount of liability and uninsured/underinsured motorist coverage is only $25,000. So, if an Uber driver in Oregon has personal car insurance coverage of the state minimum ($25,000) and has his/her Uber app turned off or is between trips, the only coverage available is $25,000 if the Uber driver hits a car, bicyclist or a pedestrian.

How Does Uber Stack Up Against Portland Taxi Cabs?

When comparing Uber’s motor vehicle liability insurance policy with the City of Portland’s regulations regarding for-hire transportation companies and their drivers, one can see a big difference. Unlike the Uber sliding scale of liability insurance for car accidents causing personal injuries, Portland’s ordinances require taxi drivers to have vehicle insurance not less than $500,000 regardless of whether the driver is an employee of the taxi company or an independent contractor. Portland’s regulations also require the company permit holders to maintain Commerical General Liability insurance of no less than $1,000,000 per occurrence and $2,000,000 aggregate.

As tragic and unfortunate as car accidents and vehicular related injuries are, they are a fact of life and will continue to happen. In Portland, a victim of a car accident would be better off being hit by a Portland taxi-cab compared to an Uber driver for the insurance coverage reason alone. However, I suspect these differences will be ironed out before the City of Portland allows Uber to operate within the city limits.

Similar to many innovative business models, Uber has created fantastic opportunities for consumers that come with its own set of unique challenges. I believe Uber and the City of Portland need to put in the time and money to establish standardized protocols for safe driver screening. Other types of driver checks could include in-person interviews, ride-along training and increased supervision. Safety also includes, in my opinion, appropriately insured automobiles and drivers at all times. It would be fantastic if Uber and Portland lawmakers could create a regulatory framework that addresses these issues and works for everyone.

If Uber does make its way back in to Portland, I hope it plays by the rules and takes FULL responsibly for customer and community safety. Only time will tell.