In the News: Scary Things Hackers Can Do to Your Car

Perhaps you watched last Sunday’s CBS 60 Minutes episode on cyber vulnerabilities and hacks? We live in a world where billions of devices – cell phones, home appliances, and security systems are all connected online and vulnerable to cyber attacks. But cars? In the episode, the Pentagon’s Defense Advanced Research Projects Agency (DARPA) successfully demonstrated the ability to hack into a car through a wireless link in the OnStar Emergency Communications System. From a laptop, they were able to take over control of the vehicle, including brakes, acceleration and windshield wipers.  What a scary thought. 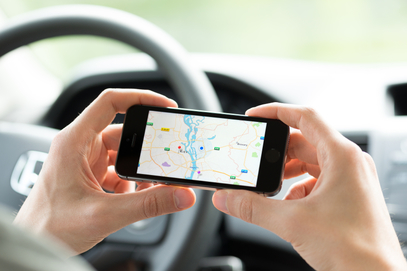 Nearly all of the newer cars on the market have some point of wireless entry – Bluetooth, WiFi, keyless entry, etc… If you have an OnStar system, then you know OnStar monitors the performance of your vehicle from how fast you drive, to the pressure in the tires, and sends you a periodic report. Because OnStar is linked into the vehicle’s control system to gather information it can also be used as a pathway into the electronic control unit. While services like OnStar™, Car-Net™, Automatic™, In-Drive™, mbrace™, and Sync™ provide valuable improvements in vehicle safety and convenience, they might not be ready for prime time in a world where security attacks are commonplace.

In a report developed by Sen. Edward Markey, D-Mass., automakers were asked a series of questions surrounding vehicle technologies and safeguards against hackers. Analysis of 16 responses from car manufacturers revealed, “there is a lack of appropriate security measures to protect drivers against hackers… or those who may wish to collect and use personal driver information” according to the Markey report.

Too Soon To Worry?

Although security and privacy are important issues for any connected device and for all connected consumers, some argue the threat of car hacking has been overblown and hyped by media. To date, there has only been one malicious car hacking case (2010), and it was an inside job from a disgruntled car dealer employee. In a recent Forbes article, Damon McCoy, an assistant professor of computer science at George Mason University and a car security researcher pointed out that car hacking has little incentive. Compared to bank hacks or credit card accounts, there is no repeatable profit. He also said the chance of car hacking is very low.

DARPA has been actively attempting to develop “unhackable software” for the billions of devices that are connected online through the Internet. Devices such as nuclear power plants, the power grid, entire urban traffic light grids, water plants, and drones seem like a good place to start. And now we can add your automobile.

Thank you for reading my Blog.  I provide this as an educational and informational service for Oregon residents – it is not intended to be legal advice. I represent accident victims in the Portland Metropolitan Area, Multnomah, Clackamas and Washington Counties, and throughout the state of Oregon. If you or a family member have been in an accident and would like a FREE professional consultation with an attorney, call me at (503) 444-2825 to learn more about your legal rights.