Portland food poisoning lawyer, Travis Mayor, can represent you if you have been the victim of a serious food poisoning incident. Food poisoning is one of the most common types of injuries we will experience in our daily lives. At one time or another, most of us have experienced the food poisoning symptoms of nausea, cramping, and diarrhea in a typical foodborne illness case. The Center for Disease Control estimates that each year roughly 1 in 6 Americans (or 48 million people) gets sick, 128,000 are hospitalized, and 3,000 die of food-borne diseases[1]. A healthy adult’s body can usually fight the pathogens causing the foodborne illness in a few days; but what about children, elderly adults, or individuals with impaired immune systems? These cases often require hospitalization and incur injuries that are life-threatening or require long-term care. At Mayor Law, we have in-depth knowledge of the laws and legal procedures affecting food poisoning injury lawsuits. Should a trial be necessary, you will want an experienced Portland Food Poisoning Lawyer who can effectively present your case to an Oregon jury.  Travis Mayor knows how important your case is to you – and it is just as important to him.

Food processors, distributors, and retail outlets have a “duty of reasonable care” to produce, package, handle, transport, and distribute products in a safe manner so as not to adulterate or contaminate the food product rendering it unsafe for human consumption. When companies violate this “duty of reasonable care” they usually do so because of poor operating procedures and sanitary conditions, by-passed quality control tests, improper storage and handling, or of a lack of trained operators. It is the FDA and Department of Agriculture’s Food Safety Inspection Service’s responsibility to set regulations for the food industry and enforce these regulations in all food processing plants – not a small task for 35,000 regulated food plants.

When things go wrong many foodborne illness victims lives can be seriously impacted, as demonstrated in the following cases:

The CDC defines foodborne illness, sometimes called foodborne infection, foodborne illness, or food poisoning, as a common public health problem. Their statistics indicate each year roughly 1 in 6 people (50 million!) get sick, resulting in 128,000 hospitalizations, and 3,000 deaths. Why are foods safe most of the time, and then on other days the same products are contaminated with pathogens that cause life-threatening illness and infection?

The answer is relatively simple in that pathogens are always present in the fecal matter of animals (beef, chickens, hogs). So when animals go in one door of the processing plant, products coming out the back door have a high probability of being contaminated unless the plant operator has implemented the correct operating procedures to eliminate the transfer or cross-contamination of pathogens. This “reasonable duty of care” is usually achieved, but when procedures are not followed, such as sanitization of the equipment, or maintaining proper temperature control, pathogens will find a way of surviving.

Food poisoning (also known as foodborne illness) is any illness that results from eating contaminated food or being exposed to food contaminated with bacteria, chemicals or other pathogens.  Cases of food poisoning are tracked by local, state, and federal agencies in an effort to identify sources, contain an outbreak, and implement control and corrective actions. To report an incident of food poisoning contact your local Oregon Health Department.

2. What are the most common types of Food Poisoning?

There are 31 pathogens, which the CDC tracks, known to cause food poisoning. Of these, the top 5 responsible for most illnesses are:

Salmonella — Eating food contaminated with Salmonella bacteria may lead to a foodborne illness called Salmonellosis. Many individuals will recover from the salmonella food poisoning symptoms including diarrhea, fever, and abdominal cramps in 4 to 7 days, but some who are infected with salmonellosis develop Reiter’s syndrome, a disease that can last for months or years and can lead to chronic arthritis. Salmonellosis food poisoning causes more than 19,000 hospitalizations and deaths each year — than other food pathogens.

e Coli O157:H7 – E. Coli bacteria are normally harmless to humans, but there are several types that are pathogenic, meaning they will cause serious food poisoning. The type of bacteria called E. Coli O157 is particularly dangerous in that it can have symptoms of severe abdominal cramps, bloody diarrhea and vomiting. Healthy adults usually recover from e Coli food poisoning within a week, but young children, older adults, and anyone with a compromised immune system are at greater risk of developing a life-threatening form of kidney failure called hemolytic uremic syndrome (HUS). HUS is the most common cause of kidney failure in children.

Campylobacter – The Campylobacter bacteria is one of the most common causes of food poisoning in the US, with 2.4 million people infected each year[6]. Most adults will suffer food poisoning symptoms often described as an “upset stomach”, but some will develop serious food poisoning symptoms including severe abdominal cramps, bloody diarrhea, fever, nausea, and vomiting. Individuals with serious symptoms can also experience complications including Guillain-Barré Syndrome, or infections in the heart, central nervous system, or blood.

Norovirus – Norovirus bacteria is another common cause of food poisoning. Like Campylobacter, adults will suffer an “upset stomach” lasting a few days, but about 10% of infected people will seek medical attention because they have developed serious Campylobacter food poisoning symptoms including severe abdominal cramps, bloody diarrhea, fever, nausea, and vomiting. Young children, older adults, and anyone with a compromised immune system are at greater risk of developing a life-threatening form of kidney failure called hemolytic uremic syndrome (HUS).

Listeria — Eating food contaminated with Listeria Monocytogenes bacteria may lead to a food borne illness called Listeriosis. Listeria food poisoning symptoms including fever, muscle aches, nausea, and diarrhea may develop in a few days to 2 months. While most adults will have non-life threatening symptoms, the same is not true for unborn and newborn babies.

What should I do if I am experiencing food poisoning symptoms?

Typical food poisoning symptoms include nausea, vomiting, stomach cramps and diarrhea. More severe cases will also have blood in the stool and a high fever. There are many great on-line medical resources available to help you understand the symptoms and potential treatments. In general, most food borne illnesses will run their course in a few days. In the meantime, you need to control the nausea and vomiting, and prevent dehydration.

Most food poisoning cases are resolved within a week and do not require hospitalization, most likely you will not need the services of a Portland food poisoning lawyer. However, if your symptoms worsen or you are hospitalized and diagnosed with any of the following illnesses or complications, then you need to contact an experienced food borne illness attorney:

At Mayor Law, we understand your priority is to focus on your recovery. Let us focus on your legal rights, and obtain the financial resources needed to support your recovery now and in the future. We have a highly effective track record of trial and settlement experience with personal injury cases and can lead the effort to resolve your food poisoning case – with skill, knowledge, compassion, and a personal commitment. If you are unsure about the need for a lawyer focusing on food poisoning cases to help you, then I would encourage you to take advantage of our free consultation and case review, and read client reviews about our performance.

What compensation or damages can I recover from food poisoning cases?

When food processors, distributors, and retail outlets breach their duty of reasonable care and adulterate or contaminate food products, they can be held accountable for the damage they cause. Recovering from serious food poisoning can be an expensive proposition requiring months of medical treatments, and in some cases lifelong support. To recover these damages, we recommend seeking the assistance of a food poisoning attorney in Portland to lead the effort; one that knows how to recover damages including:

Obtaining compensation for foodborne illnesses with significant damages can be a lengthy and complex process that is best performed by knowledgeable legal professionals. In most cases you must deal with two large organizations, the food company and their insurance carrier, staffed with seasoned lawyers – this will not be their first time defending a foodborne illness case!

Getting Results for Families in Oregon – Portland Food Poisoning Lawyer 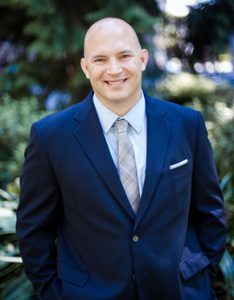 At Mayor Law, it is our goal to help the families of Oregon food poisoning victims achieve justice and restore their lives.  Portland food poisoning lawyer Travis Mayor will help you by reducing the hassle, complexity and anxiety of navigating the legal process, while maximizing your financial compensation. Travis Mayor has recovered millions of dollars for families of personal injury victims.  For every Oregon client who has suffered through serious food poisoning, Travis offers personal service with proven results.

Contact us today for a free, no obligation consultation and case evaluation. At Mayor Law, LLC, we understand the legal implications of a food poisoning personal injury lawsuit.  More importantly, we understand your family’s pain. We use our experience, knowledge and resources to build a strong case and secure the compensation you need to cope with the injury for potentially years to come.