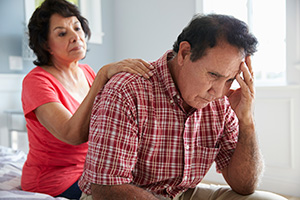 There a very few times in a person’s life that are more traumatic and stressful than an accidental death in the family – especially when a family member’s death is premature and attributed to the wrongful and negligent actions of someone else.  We struggle with questions that have no answers, seeking to explain or console our grief. While no one can undo the damage, Portland Wrongful Death Attorney Travis Mayor can help you understand the legal process of seeking justice in an accidental death case and your options for dealing with the negligent wrongful death of a loved one. Travis is experienced, compassionate, and understands what you are going through.

Each year hundreds of Oregonians are involved in preventable fatal accidents caused by the negligence and reckless conduct of others. Typical examples and common causes of wrongful death accidents include:

Motor Vehicle Deaths – In 2011, 32,367 people died in motor vehicle crashes in the United States.  While this is an improvement from proceeding years it still represents the leading cause of death in unintentional accidents.  Motorcycle accidents accounted for 4,612 deaths, and large trucks accounted for 3,757 fatalities. Negligent deaths are generally the result of brain injuries, spinal cord injuries, head and skull fractures, severe broken bones and fractures.

Pedestrian And Cyclist Fatalities— In 2011, pedestrian accidents accounted for 4,432 fatalities. Bicyclist fatalities, as reported by the U.S. Department of Transportation, were at an all-time high of 677 fatalities. Most of these fatalities were the result of negligence resulting in death. Family members can seek justice by pursuing legal action to recover damages from an accidental death lawsuit.

Medical Malpractice Deaths– Medical malpractice statistics are difficult to substantiate, but various sources indicate between 100,000 and 200,000 deaths occur each year because of medical errors.

Unsafe Premises– The CDC reports that falls are one of the leading causes of death in our country, especially in adults aged 65 and older.  In 2010, about 21,700 older adults died from unintentional fall injuries. Falls are also the most common cause of traumatic brain injuries, as well as cervical spine injuries, and thoracic spine injuries.

Workplace Deaths — According to Oregon OSHA and the US Bureau of Labor Statistics, Oregon 2011 workplace accidents amounted to 49,400 non-fatal occupational injuries and 58 fatal injuries. Accidental deaths are generally the result of exposure to toxic chemical exposure, defective machine operation, electrocution, and falls.

Wrongful Death Case Example 1: A $505,000 wrongful death settlement was reached in a Portland accidental death case, which involved horrible first-degree burn injury from a negligently caused house fire.  The decedent survived for a number of weeks before he ultimately died from his burn injury.  An out of court settlement was obtained for the homeowner’s insurance policy maximum limit for the negligent accident death.

Accident Death Case Example 2: A $400,000 accident death settlement was reached in this Beaverton drunk driving case, with the drunk driver’s insurance company.  We also filed a liquor liability lawsuit against the tavern that served alcohol to the drunk driver while he was visibly intoxicated.  Unfortunately, the tavern had illegally let its liability insurance lapse.  The bar and its owners eventually filed bankruptcy.

Wrongful Death Case Example 3: Portland Wrongful Death Attorney, Travis Mayor, obtained a wrongful death settlement from the homeowner’s insurance company of the defendant.  This tragic wrongful death case occurred in The Dalles, Wasco County, Oregon where a psychologically troubled person shot and killed his neighbors, a mother, and her adult son.  The case settled for the defendant’s insurance policy limit of $100,000 shortly after filing the lawsuit.  The defendant, who was incarcerated and being prosecuted by the State of Oregon, had no other assets.

Accidental Death Case Example 4: Portland Wrongful Death Attorney, Travis Mayor, settled this wrongful death case prior to litigation.  This case arose in Bend, Oregon, where hospital staff at a local hospital negligently turned off the valve on the patient’s tracheotomy causing his accidental death.  The elderly patient had been hospitalized after he was paralyzed in a serious motor vehicle accident prior to the negligent act.  The case settled for $400,000.

Portland personal injury attorney Travis Mayor moves quickly to obtain important evidence to maximize the value of his clients’ cases.  The types of financial compensation available to the families of accidental death and wrongful death victims include the following:

Unfortunately, Oregon law caps the non-economic damages for pain and suffering and loss of society, companionship, and services of the decedent at $500,000.  Due to the legislative cap on non-economic damages, the majority of the value of most Oregon wrongful death claims comes from the economic losses caused as a result of the decedent’s wrongful death.

Portland Wrongful Death Attorney, Travis Mayor, aggressively pursues justice for victims of negligence resulting in death, those wrongfully killed as the result of reckless conduct by individuals and corporate entities.

We invite you to read answers to some commonly asked questions by clicking on the links below. To speak with a knowledgeable Portland Wrongful Death Attorney about your accidental death case please contact our Portland law firm at (503) 610-0005.

What is an Oregon wrongful death claim?

A wrongful death case is designed to compensate family members for their losses associated with the death of a loved one.

What are the most common causes of Oregon wrongful death cases?

The causes of Oregon wrongful death accidents can be traced to 5 key types of accidents:

Who can file an Oregon wrongful death action?

Answer: Oregon law § 30.020 states “when the death of a person [the decedent] is caused by the wrongful act or omission of another, the personal representative of the decedent, for the benefit of the decedent surviving spouse, surviving children, surviving parents, and other individuals … [stepchild or step parent] … may maintain an action against the wrongdoer.” Typically the personal representative is an immediate family member such as the decedent’s surviving spouse or children. Wrongful death lawsuits can be very complex. We recommend that any family suffering from a death due to negligence, contact an experienced Portland wrongful death attorney for help in pursuing the case.

How is the wrongful death settlement distributed?

Answer: Upon a settlement of a claim, or recovery of judgment in an action, the amount of damages will be distributed in the following manner:

What is the time period allowed for filing an Oregon wrongful death claim?

Answer: Simply stated, most Oregon wrongful death actions must be filed within three years from the date the injury occurred that resulted in the person’s death, as opposed to three years from the date of death.  This is referred to as the statute of limitations.  Exceptions to the three-year guideline on the statute of limitations are numerous and vary according to the cause of death.  For example, the three-year statute may be significantly reduced (to as low as 180 days) if alcohol was involved in the cause of death, or when a public entity is involved, or in product liability claims.  The only way to clearly understand the impact of time limitations is to review your case with an experienced Oregon wrongful death attorney.

Contact us today for a free, no-obligation consultation and case evaluation. At Mayor Law, we understand the legal implications of an Oregon wrongful death lawsuit.  More importantly, we understand your family’s pain. We use our experience, knowledge, and resources to build a strong case and secure the compensation your family needs to cope with the loss of your loved one for years to come.