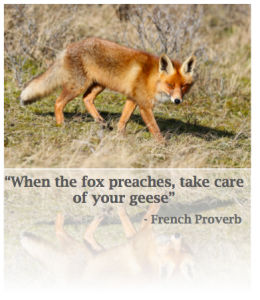 We’ve become very familiar with radio and TV ads portraying the friendly insurance agent…. your dear friend….. interested in watching out for only you. Yet faced with an injury claim, the reality is a bit different.

Insurance companies are not your friends, and like a sneaky fox, should not be trusted. It is important to understand their mission is to make money. They notoriously implement tactics to delay, deny or minimize the amount of damages payable to you (the injured claimant).

DON’T BE CAUGHT OFF GUARD. Insurance adjusters sure won’t – they are highly trained and deal with hundreds of claims a year. When you understand the tactics they use, you understand how to fight back and avoid being duped by insurance company settlement tactics.

Read below to learn the top 9 most common tactics used by insurance companies to fight your injury claim:

Just because the police report does not list all information about the accident and your injuries is not a reason for the insurance company to deny any claim. Accident scenes are very confusing. Not every injury is as obvious as a broken bone or laceration.

It is very common for non-life threatening injuries or soft tissue injuries to appear several days or weeks after the accident and not be listed in the police report.

Also, police do not respond to every car accident so there is not always a report. In the days immediately after the accident it is very important that you seek medical treatment for any symptoms that appear, otherwise the insurance company will argue that you are “gaming the system” or that your symptoms are related to some other injury sustained after the accident.

Here are typical examples of excuses related to inaccurate and missing information that insurance companies use to create doubt and uncertainty about your claim:

In Oregon, if your conduct, caused or contributed in some way to your injuries, then you may still seek compensation from the at-fault person as long as your portion of fault does not exceed 50%. Any money awarded to you would then be reduced by the percentage you are deemed to be at fault or having “contributed” to the incident that caused your injuries.

If your portion of fault exceeds 50%, then your claim for compensation against the other person or persons will be denied. See Oregon Revised Statute §31.600. Assessing and comparing fault between the injured victim and other parties is complex and requires an experienced injury lawyer to interpret and correctly apply the law.

Here are typical allegations of comparative fault insurance companies use to place the blame on you and diminish your compensation:

Insurance company adjusters are highly trained individuals who deal with hundreds of claims every year. They know how to negotiate a claim and exploit every crack or inconsistency in the case. The negotiation process usually starts with a lot of fact gathering by the insurance company, and proceeds through various phases of delay, deny and defend.

This is done through “take it or leave it” tactics and never-ending requests for cost verifications, medical records, physical examinations and assessments by insurance company-sponsored doctors who seem to always arrive at the same diagnosis of minimal injuries.

Here are typical tactics used in the insurance claims process to minimize your claims: 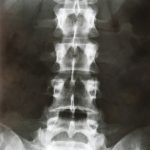 Insurance companies will devalue and deny injury claims that involve pre-existing medical conditions. Their goal is to transfer blame to the pre-existing condition (which is someone else’s responsibility, i.e. not the at-fault driver) for your injuries and pain, as opposed to the accident.

However, under Oregon law, you are entitled to seek compensation for all injuries caused in the accident including aggravations of a previous injury or medical condition.

For example, if you received medical care for a back injury 5 years ago and made a full recovery, and then reinjured your back in a car accident, the pre-existing back injury should have no effect on the current claim. That does not mean the insurance company won’t try to argue and convince a jury that the previous injury accounts for X% of the current injury. Since the injured victim has the burden of proving that the accident caused their injuries or aggravated a prior condition, the insurance company and its lawyers will use tactics and arguments to relate the pain and symptoms to the prior condition. For example:

One of the most effective insurance company settlement tactics is to create uncertainty.  They can do this by exploiting inconsistencies, real or imagined, in an effort to convince you to settle for a lesser amount, because a jury may see you as untruthful, manipulative, and simply interested in a “large pay-day.” Do not be coerced into a settlement based upon suspicion or innuendo when you are confronted with statements like:

If you were injured in an accident, then you must take positive steps to seek medical treatment. Not going to the hospital, gaps in treatments with multiple missed appointments, or inconsistent statements about your symptoms are issues that might lead one to conclude you were not hurt.

Because an accident can induce “an adrenalin rush,” you may not feel immediate pain as you normally would, or you may think your injuries are not severe. Let the medical professionals sort out the facts. Here are examples of insurance company statements designed to cast doubt on the severity of your injuries:

Another tactic to minimize claim values is to put the “victim” on trial as opposed to the at-fault person. The goal is to convince you that a jury will not have empathy for you or be inclined to reward you because of your character. Here are examples of insurance company settlement tactics used to cast dispersion on your character and minimize your claim value based on irrelevant information: 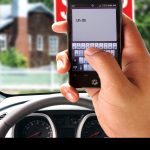 If you were in violation of certain laws at the time of the accident (such as expired registration, expired license, not wearing a seat belt, speeding, etc.) you can still seek damages from the at-fault person. You may be cited for the violation and most likely be fined, but these actions will not necessarily prevent you from pursuing an injury claim. Violation of laws that affect the cause or outcome of the accident, such as speeding, distracted driving, or not wearing your seat belt, may create comparative fault on your part and may significantly reduce the value of a claim.

Also, driving while intoxicated or driving while uninsured can also bar you from pursuing non-economic damages for pain & suffering unless you meet certain exceptions. Regardless, insurance companies will attempt to use any violation of law on your part against you. The following are common insurance company accusations to limit your damages:

In some instances, insurance companies will completely deny your claim, or attempt to convince you their insured has no liability for the incident that caused your injuries.

Unfortunately, too many people give up and walk away when insurance companies deny their claims without ever receiving the compensation they truly deserve. These are the situations where injured victims need the assistance of an experienced personal injury attorney the most. Here are a few typical examples of instances where insurance companies will deny liability for the accident that caused injuries to innocent people:

If you have been injured in an accident that was caused by some other person or company then you have likely experienced one or more of the aggressive insurance company settlement tactics discussed above. It is important to understand that the insurance company’s mission is to avoid paying on claims or pay as little as possible. Therefore, the tactics used and statements made by the insurance company should be taken with a grain of salt.

Rather than accept the insurance company defenses as truth, seek the help of a qualified Oregon personal injury attorney to evaluate your injury claim and pursue compensation.

Because I do this for a living, I never recommend pursuing a claim on your own. An experienced injury lawyer will know the law, how to analyze and evaluate your personal injury claim, and which tactics have merit and which tactics are bogus. More importantly, a good personal injury lawyer can help maximize the strengths in your claim while overcoming the weaknesses. If choose to go it alone, you could be leaving a lot of money on the table. Do not make that mistake.